Rochdale Station built in the 1800’s during the golden age of the railway. After over one hundred years of use a large section of the station was closed in the 1970’s and has since fallen into a state of dilapidation. Jamieson Contracting have been appointed to regenerate the underpass as part of a programme of works collaborating with Rochdale Council, Transport for Greater Manchester and Network Rail.

Works so far have included blasting and re-painting the existing railings and bridge decks. Relaying 400m2 of new stone paving plus a complete electrical re-fit, including installing a complete new surface water drainage system and ducting to facilitate the new electrical re-fit. Plus new CCTV and security gates with new railings. 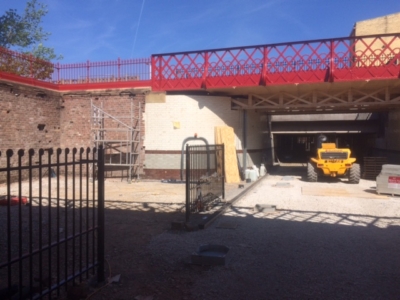 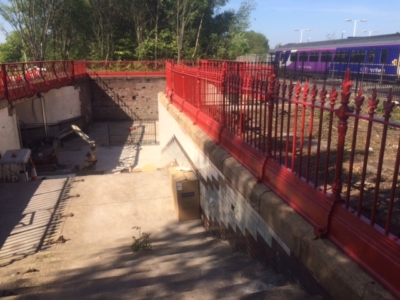 This project is due for completion in June/ July 2015 with a budget at approximately £1.5 million.

Much of the work and materials are new, but it has all been combined and detailed to enhance and complement the existing Victorian features and layout of the once extremely busy station.